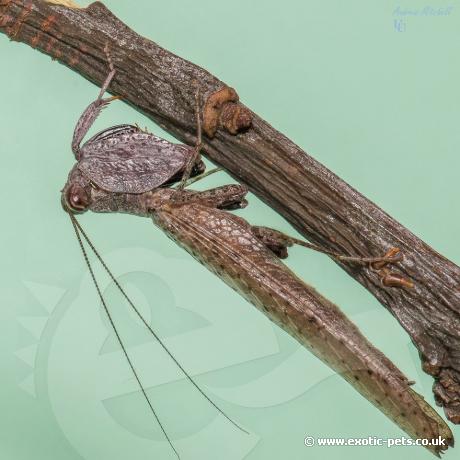 Not seen as often as other boxer mantis species but every bit as fascinating.

When they hatch (1st Instar) they look like little black ants but change dramatically through maturity. Adults reach around 3.5cm in length and are predominately brown and grey in colour, which gives them excellent camouflage. They have typical boxer mantis characteristics with enlarged forelegs, which they rotate in arcs if startled. This unusual behaviour looks similar to the action of a boxer in a fight and has helped provide them with their common name.

Where are Chinese Boxer Mantis from?

This species is found in the subtropical/tropical Guangdong costal province in Southeast China which borders Hong Kong. The area is surrounded by a large river network and is separated from the north by a few mountain ranges.

How do you keep Chinese Boxer Mantis?

Housing requirements depend on the individual mantis and its size. As a general rule, small nymphs can be kept and reared in 32oz plastic pots, while larger individuals can be kept in one of our praying mantis kits. One of the most important things to consider here is ventilation and allowing the air to circulate. Commonly netting is used over smaller pots or gauze over larger ones. If you decide to use a plastic faunarium, then you don’t need to worry as they have lots of ventilation in the lid.

In their native environment there are some quite distinct seasonal differences and we have listed the average temperatures and humidity found in the region. During springtime its reaches an average of 20°C, summer 28°C, autumn 25°C and in winter it drops as low as 12°C. During spring and summer the humidity seems to peak between 80-90% and drop lower during autumn and winter to normal levels of 70-80%. Like most mantis species they are quite tolerant of being kept at normal household temperatures with no additional heating, as long as they’re kept out of direct sunlight or cold drafts. Humidity is often over emphasised with invertebrates and too much can have devastating effects. Misting the side of the enclosure and décor items 2-3 times a week with a hand sprayer is often more than adequate for this species.

Décor and substrate is a personal choice. You can use something as simple as a trailing piece of tissue down the side of the pot for them to climb on, or be creative and add lots of twigs, branches, live or artificial plants. Peat based substrates and mosses are commonly used on the floor of the enclosure and will obviously help with maintaining relative humidity.

Whilst a small species they are still relatively easy to keep, but you must take into consideration their small size when choosing a food type. Nymphs are better reared on smaller foods such as fruit fly, Subadults and adults will be able to tackle curly-wing flies. If alternative livefoods such as crickets and locusts are offered, then you must ensure they are hatchling or small in size. 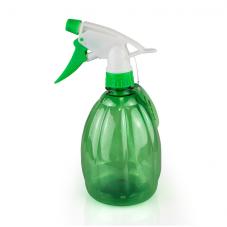