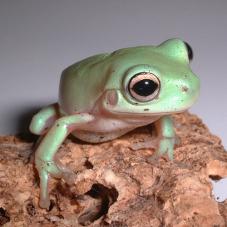 During October and November we are planning on obtaining a number of different species of reptiles for breeding projects next year.

The first on our list, is our ever growing number of snakes. Our Rainbow Boa species is increasing as we will be obtaining a few more for breeding later this year. We are interested in the live bearing species, but have also decided to breed a number of different colours and morphs of the ever popular Corn Snakes. We are also going to breed our own King Snakes and obtain a number of colours and patterns.

Next we come to different species of lizards. The first species is the Red Eyed Crocodile Skink. We only have a few pairs, but are hoping to increase our numbers later this month and when we see them available. These are now becoming rare in the wild, this is why we feel it is very important to have this species breeding in captivity!

For Inverts, our Cockroaches are doing very well and we should have some avalible towards the end of the year when we have larger numbers. Our Giant African Black Millipedes are breeding, so know it’s a waiting game for the babies to appear. We have some white fleshed African Land Snails, we will see how these settle and hopefully these will produce eggs.

The above is just a few of the ever increasing breeding projects that we have planned before the end of this year is out. Next year in 2007 we’ll have many more ready to set up.